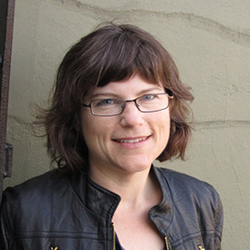 Sara Zarr is an author of novels for young adults. Her novel Story of a Girl was a National Book Award finalist and an American Library Association “best book for young adults”; it was recently adapted into a television movie. Her other works include The Lucy Variations, Sweethearts, Once Was Lost, and Gem & Dixie. The novel Roomies she co-authored with Sara Altebrando. Zarr has also written essays and creative nonfiction for Image, Hunger Mountain, and Response, as well as for several anthologies. Zarr is a two-time Utah Book Award winner and recipient of a MacDowell Colony Fellowship. Her books have been translated into multiple languages and named to annual best books lists by Publishers Weekly, School Library Journal, the Guardian, and the International Reading Association.

Story of a Girl

How to Save a Life