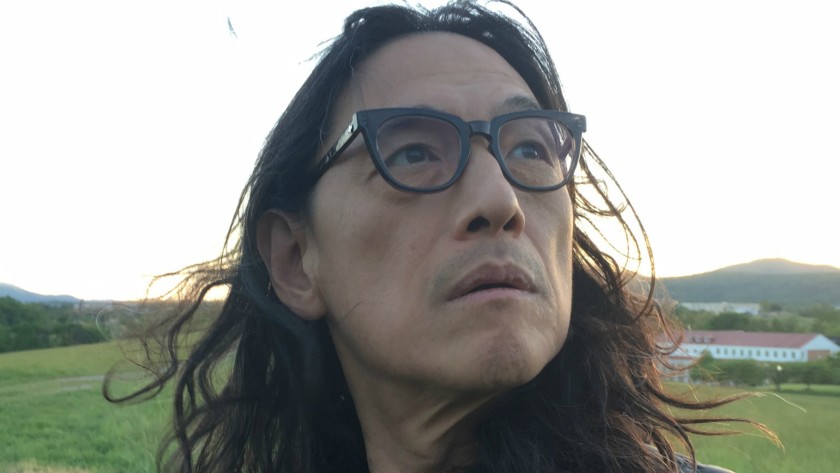 Li-Young Lee was born in Djakarta, Indonesia in 1957 to Chinese political exiles. Both of Lee’s parents came from powerful Chinese families: Lee’s great grandfather was the first president of the Republic of China, and Lee’s father had been the personal physician to Mao Zedong. In Indonesia, Dr. Lee helped found Gamaliel University. Anti-Chinese sentiment began to foment in Indonesia, however, and Lee’s father was arrested and held as a political prisoner for a year. After his release, the Lee family fled through Hong Kong, Macau, and Japan, arriving in the United States in 1964. Lee and his parents moved from Seattle to Pennsylvania, where Dr. Lee attended seminary and eventually became a Presbyterian minister in the small community of Vandergrift. Though his father read to him frequently as a child, Lee did not begin to seriously write poems until a student at the University of Pittsburgh, where he studied with Gerald Stern.

Influenced by the classical Chinese poets Li Bo and Tu Fu, Lee’s poetry is noted for its use of silence and, according to Alex Lemon in the Minneapolis Star Tribune, its “near mysticism” which is nonetheless “fully engaged in life and memory while building and shaping the self from words.” Though sometimes described as a supremely lyric poet, Lee’s poems often use narrative and personal experience or memories to launch their investigations of the universal. Lee talked about his belief in the oneness of all things in an interview with Tina Chang for the Academy of American Poets: “If you rigorously dissect it, you realize that everything is a shape of the totality of causes. What’s another name for the totality of causes? The Cosmos. So everything is a shape of Cosmos or God. It feels like something bigger than me—that I can’t possibly fathom but am embedded in.”