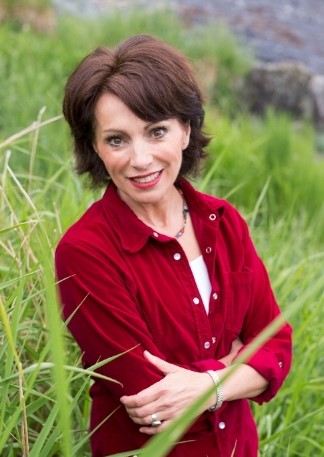 Leslie Leyland Fields is the award-winning author of a multitude of books, including Surviving the Island of Grace; The Wonder Years; Crossing the Waters, which won Christianity Today's 2017 Book Award in Christian Living; and Your Story Matters: Finding, Writing, and Living the Truth of Your Life. Her essays have appeared in Christianity Today, Belief.net, The Atlantic, Jesus Creed, Best Essays and many others, earning Evangelical Press Awards, Pushcart nominations, and a Genesis Award. With graduate degrees in English, journalism, and creative nonfiction, Fields has taught as a founding faculty member of Seattle Pacific University's MFA program, at the University of Alaska, and as a guest writer at numerous universities. In 2013, she founded The Harvester Island Wilderness Workshop, a writing seminar on her family's island in Alaska.

Your Story Matters: Finding, Writing, and Living the Truth of Your Life

Crossing the Waters: Following Jesus through the Storms, the Fish, the Doubt, and the Seas

The Wonder Years: 40 Women over 40 on Aging, Faith, Beauty, and Strength

Surviving the Island of Grace