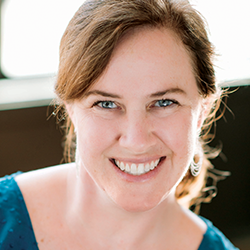 Kerry Egan is a mother, hospice chaplain, and writer. She is the author of On Living and Fumbling: A Pilgrimage Tale of Love, Grief, and Spiritual Renewal on the Camino de Santiago. Her essays have appeared in Parents, American Baby, and Reader’s Digest. Her writing about hospice work has appeared in many national print and online publications, including PBS and CNN.com, and have been read over a million times. She has been featured on CNN’s Morning Edition and on PBS’s Religion and Ethics Newsweekly. She received a BA from Washington and Lee University and an MDiv from Harvard University. Egan is currently working on a book about how the dying make meaning of their lives. She lives in Columbia, South Carolina.

Fumbling: A Pilgrimage Tale of Love, Grief, and Spiritual Renewal on the Camino de Santiago
On Living