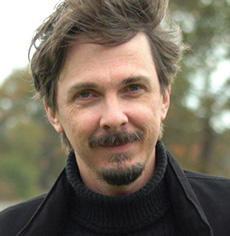 John J. Muth is the illustrator of many award-winning children's books, including Come On, Rain! (1999), which won a Gold Medal from the Society of Illustrators, and Zen Shorts (2005), which was named a Caldecott Honor Book and spent forty-one weeks on the New York Times bestseller list. Muth's other illustrated books include Gershon’s Monster: A Story for the Jewish New Year (2000); The Three Questions, Based on a Story by Leo Tolstoy (2002), which The New York Times Review called "quietly life-changing"; and Stone Soup (2012), which was praised by Horn Book for its respectful depictions of Chinese culture. Muth's interest in eastern philosophy is evident in the tales he tells as well as in his style of illustration.