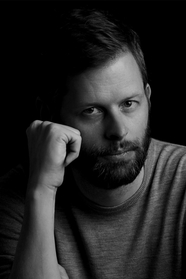 John Wray is the author of five critically acclaimed novels: The Right Hand of Sleep (2001), Canaan’s Tongue (2005), Lowboy (2008), The Lost Time Accidents (2016), and Godsend (2018). Reviewers have praised Wray's diverse subject matter and his commitment to exploring new locations, genres, and styles in each novel. His writing has also appeared in The New York Times, New York Times Magazine, The Washington Post, and The Paris Review. He has been named one of Granta’s Best Young American Novelists, and is the recipient of a Whiting Writers' Award for Fiction, a Guggenheim Fellowship, and a Mary Ellen von der Heyden Fellowship from the American Academy in Berlin.

The Right Hand of Sleep