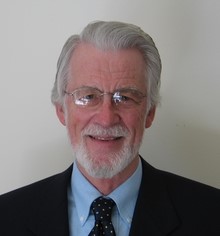 Henry J. Baron is a professor emeritus of English at Calvin University, where he taught for 30 years. In 1990, Baron founded the CCWC (Contemporary Christian Writers in Community), which became the Festival of Faith & Writing. As CSI Language Consultant, he was project director and editor for several literature textbooks, including The Trap by Rink van der Velde, and The Comfort Bird and Cruel Paradise: Life Stories of Dutch Emigrants, both by Hylke Speerstra.

Baron is the author of Talking with God: Prayers, Meditation, and Conversations for God-Seekers; The Nest; Nothing Ever Happens; A Smiling Hippopotamus, and I Am Waiting. Henry J. Baron is enjoying his retirement in Grand Rapids, Michigan.