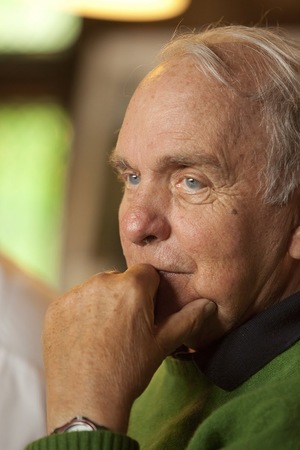 Frederick Buechner is a writer and ordained minister who has been lauded as a "major talent" by The New York Times and "one of our most original storytellers" by USA Today. His writing has often been praised for its ability to help readers recognize grace in their daily lives. Buechner has published more than thirty books; his body of work includes fiction, autobiography, essays, sermons, and other nonfiction. He has been a finalist for the Pulitzer Prize and the National Book Award, and has been awarded eight honorary degrees from institutions such as Yale University and Virginia Theological Seminary. He is also the recipient of the O. Henry Award, the Rosenthal Award, and the Christianity and Literature Belles Lettres Prize.

The Alphabet of Grace

Secrets in the Dark: A Life in Sermons

A Crazy, Holy Grace: The Healing Power of Pain and Memory