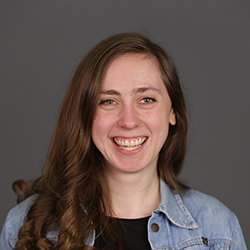 In 2018, Green won the Religion News Association's first-place award in religion-news analysis, and she spent that year living in and reporting from Israel and Palestine. She has spoken at universities across the United States, including Princeton, Columbia, the University of Chicago, and Washington University in St. Louis. Her work has also appeared in outlets including The New York Times, The Washington Post, and NPR. She lives in New York City.