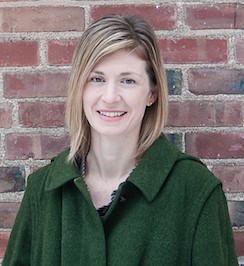 Danielle Chapman is the author of Delinquent Palaces (2015), a collection of poems that explore what it means to pray, lament, and praise in the twenty-first century. The collection has been praised by Booklist for giving "strong and lucid voice to the rapture of existence and the mysteries of consciousness." Chapman's poetry has also appeared in magazines and journals such as The Atlantic, Harvard Review, The Nation, and The New Yorker. She is a critic as well as a poet, and her reviews have appeared in Poetry magazine and The New York Times. Chapman directed the publishing-industry programs for the Chicago Office of Tourism and Culture from 2007 to 2012. She currently teaches at Yale University.