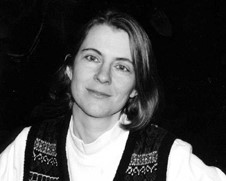 Betty Smartt Carter is an essayist and novelist. In her memoir Home is Always the Place You Just Left: A Memoir of Restless Longing and Persistent Grace (2003), she chronicles her lifelong quest for a meaningful faith, recounting the spiritual journey that began with her conservative evangelical upbringing, to the struggles and doubts of early adulthood, marriage, and motherhood, to an experience of grace and healing. Carter has also published the novel I Read It in the Wordless Book (1996) and the mystery The Tower, the Mask and the Grave (1997). Her writing has appeared in Books & Culture, Christianity Today, and several other journals.