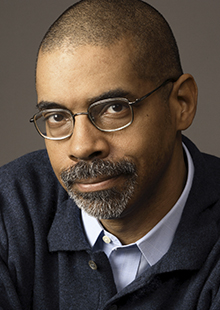 Stephen Carter is a law professor at Yale University who has written widely across genres. His nonfiction books include God’s Name in Vain: The Wrongs and Rights of Religion in Politics (2000), The Violence of Peace: America’s Wars in the Age of Obama (2010), and Invisible: The Forgotten Story of the Black Woman Lawyer who Took Down America’s Biggest Mobster (2018). Carter has also published six novels, including The Emperor of Ocean Park, which spent eleven weeks on The New York Times bestseller list, and The Impeachment of Abraham Lincoln, a fictional account of a trial of Lincoln in the Senate for high crimes and misdemeanors. In addition to his scholarship, he has published hundreds of opinion pieces.

The Emperor of Ocean Park