Jon Brown is co-owner & operator of If So Studio and has directed & produced media projects for the CCFW since 2016, including the Rewrite Radio podcast and Katherine Paterson: Written Together. 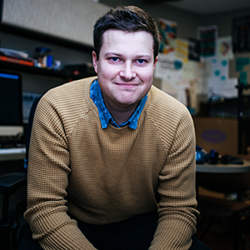