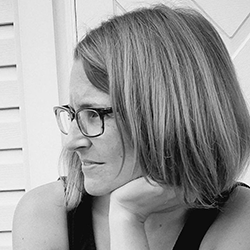 Erin F. Wasinger is a freelance writer, speaker, and elementary school librarian. Prior to writing independently, she worked as a newspaper editor and columnist. She is the preliminary judge for the kids and youth category in the Christianity Today Book Awards, and co-author of The Year of Small Things: Radical Faith for the Rest of Us (with Sarah Arthur; Brazos Press, 2017). Her writing has appeared in digital venues such as Think Christian, Red Letter Christians, and The Redbud Post. Wasinger is also the cofounder of Spark Writers of Southern Michigan, a nonprofit organization that facilitates writing camps for kids.

The Year of Small Things: Radical Faith for the Rest of Us