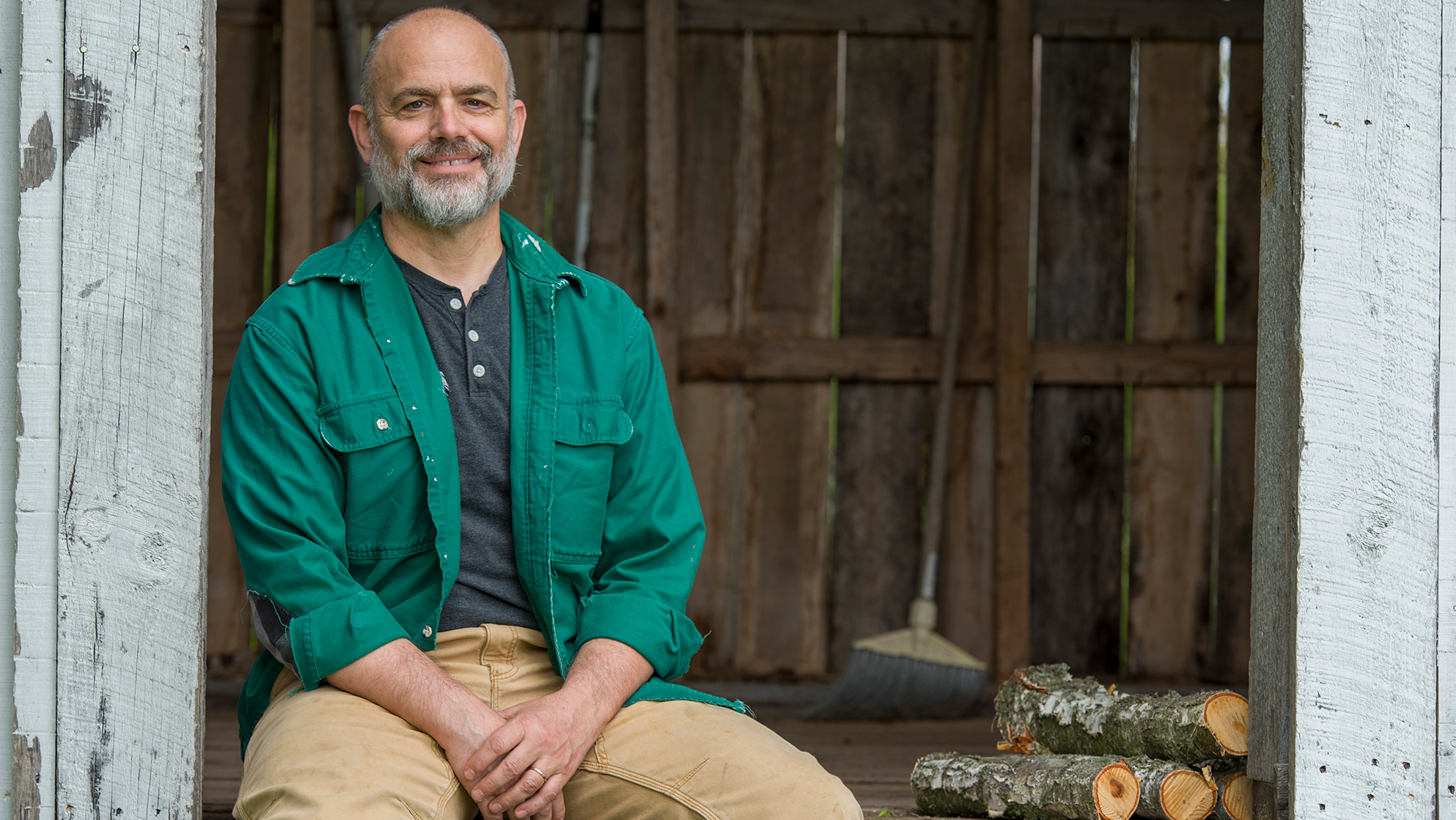 New York Times bestselling author Michael Perry is a humorist, playwright, radio show host, and intermittent pig farmer from Madison, Wisconsin. His bestselling memoirs include Population: 485, Truck: A Love Story, and Montaigne in Barn Boots: An Amateur Ambles Through Philosophy. Among Perry’s other dozen titles are Scavengers (for younger readers) and the novel The Jesus Cow.

Perry hosts the nationally syndicated “Tent Show Radio,” performs widely as a humorist, and tours with his band the Long Beds. His three live humor albums include Never Stand Behind a Sneezing Cow and The Clodhopper Monologues.

Additionally, Perry’s essays and nonfiction have appeared in The New York Times Magazine, Backpacker, Runner’s World, and Esquire. His writing assignments have taken him to the top of Mt. Rainier with Iraq War veterans, into the same room as the frozen head of Ted Williams, and across the United States with truckers and country music singers.

Of all his experiences, Perry says the single most meaningful thing he has ever done is serve 12 years beside his neighbors in the New Auburn Area Fire Department.