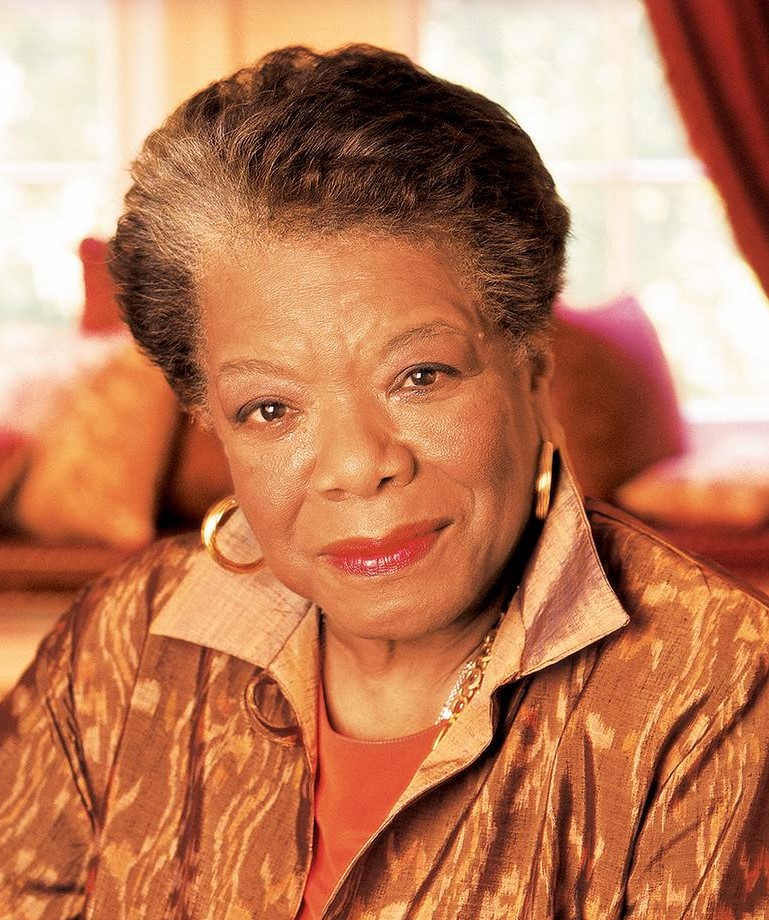 Maya Angelou (1928-2014) was an author, professor, stage and screen producer, and civil rights activist. She published seven collections of poetry, three books of essays, and a series of autobiographical books; her most widely known book was I Know Why the Caged Bird Sings, a memoir of her childhood and teenage experiences. Angelou taught for several decades at Wake Forest University in Winston-Salem, North Carolina, where she was the Reynolds Professor of American Studies. She composed and recited the poem "On the Pulse of Morning" at the 1993 presidential inauguration. Her many other awards and honors included the National Medal of Arts, the Presidential Medal of Freedom, the Pulitzer Prize nomination, and more than fifty honorary degrees.

I Know Why the Caged Bird Sings

Mom and Me and Mom