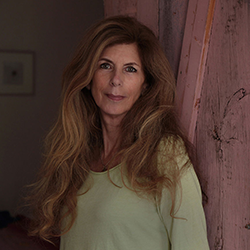 The Poet Laureate of New York State from 2012 to 2014, Marie Howe has published four collections of verse. Her books include The Good Thief, which was chosen for the National Poetry Series by Margaret Atwood; What the Living Do, an elegy to her brother John, who died of an AIDS-related illness; The Kingdom of Ordinary Time; and Magdalene: Poems. Her poems have appeared in the New Yorker, The Atlantic, Poetry, AGNI, Ploughshares, Harvard Review, and the Partisan Review, as well as elsewhere. In addition, the poet co-edited an essay anthology (with Michael Klein) titled In the Company of My Solitude: American Writing from the AIDS Pandemic.

Howe has received fellowships from the Bunting Institute at Radcliffe College, the National Endowment for the Arts, the Guggenheim Foundation, the Academy of American Poets, and the Fine Arts Work Center in Provincetown. She has taught at Sarah Lawrence College, Columbia University, and NYU.

As a student, Howe received her MFA from Columbia University—where she worked with Stanley Kunitz, whom she refers to as her “true teacher.” Previously, she attended Sacred Heart Convent School and the University of Windsor.

Magdalene: Poems
The Kingdom of Ordinary Time
What the Living Do
The Good Thief
In the Company of My Solitude: American Writing from the AIDS Pandemic