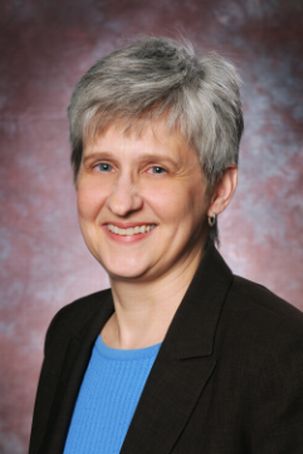 Professor Saupe earned a B.A. in English from Wittenberg University in 1981. She earned an M.A. in English from Wright State University while teaching high school English in Springfield, Ohio. She returned to school full-time to earn an Ph.D. in medieval English literature from the University of Rochester. She joined the Calvin University faculty in 1994. Professor Saupe directs Calvin University's Rhetoric Center and regularly conducts research on writing in collaboration with the student staff. Their most recent presentation, “Cultivating Passion for Writing,” appears in East Central Writing Centers Association Conference Proceedings, Spring 2009.  She serves on the editorial board of TEAMS, the Consortium for the Teaching of the Middle Ages. Saupe also hosts Inner Compass, an interview program produced at Calvin and aired on several public television stations across the country.